UGC to Bombay High Court: State has no power to cancel exams

​The University Grants Commission (UGC) on Friday told the Bombay High Court that the Maharashtra government does not have the power to cancel final year degree examinations amid the COVID-19 pandemic. 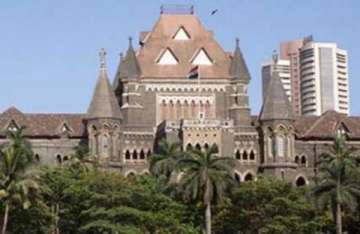 The University Grants Commission (UGC) on Friday told the Bombay High Court that the Maharashtra government does not have the power to cancel final year degree examinations amid the COVID-19 pandemic. The affidavit was filed in response to a petition filed by Dhananjay Kulkarni, a retired teacher and former university senate member from Pune, challenging the Maharashtra government’s decision to cancel examinations.

The state government canceled final year examinations last month by stating that it has the power to do so under the Epidemic Diseases Act and Disaster Management Act. But the UGC argued that these acts can not be invoked to “render the statutory provisions of another special Act such as The University Grants Commissioner Act nugatory”.

The state government’s decision was contrary to the UGC guidelines issued on April 29 and July 6, 2020, asking all Universities and Institutions to conduct exams by the end of September 2020, the commission added.

The guidelines were issued after the Union Ministry of Home Affairs allowed holding of examinations by universities and other institutions, the UGC said.

The guidelines were issued to protect the academic and career interests of students and at the same time safeguard their health, it said.

The Maharashtra government’s decision “to defer the final year examinations or to graduate students without holding exams would directly affect the standards of higher education in the country,” the UGC said in its affidavit. UGC was the apex body for regulating the standards of examination, the affidavit asserted.

“All universities/institutions in the country are obligated to conduct the final year examination by the end of September 2020,” it said.

If a student, for unavoidable reason, can not appear for the examination then he or she may be given the opportunity to appear for special examination later, it said.

The guidelines provide for several flexible modes of examination including online, offline (pen and paper) and blended (online and offline), the affidavit said.

As per the petition, theUGChad on April 27, 2020 directed all universities to conductexams. However, after a student organisation wrote to the state minister of Higher and Technical Education, the exams in Maharashtra were postponed and subsequently canceled by the state government, it said.