Based on petitions filed by different individuals, six allegations have been listed against Anna University Vice-Chancellor MK Surappa. One of the major allegations against Surappa has been that of corruption. 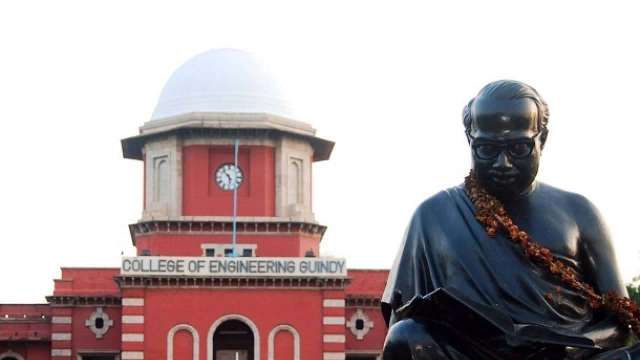 The TN government has appointed retired Madras High Court judge P Kalaiyarasan as the inquiry officer. The formed committee will probe into various allegations, including that of bribery.

This is the first time a former judge will probe charges against the Vice-Chancellor of the premier university.

Previously, a retired judge had probed some charges against P Mannar Jawahar, after his tenure as Vice-Chancellor ended and had exonerated him.

The inquiry committee, to be headed by retired Justice P Kalaiyarasan, has been asked to submit its report within three months.

The committee will also look at contracts and agreements entered into by the University during Surappa’s tenure, besides checking for any lapses or abuse of official position by any person associated with the University.

Based on petitions filed by different individuals, six allegations have been listed against him. One of the major allegations against Surappa has been that of corruption.

A person named A Suresh of Tiruchi, had written to the Chief Minister’s Special Cell in February complaining that Sakthinathan, Deputy Director, Centre for Constituent Colleges and Prof. Surappa were involved in corruption to the tune of Rs. 200 crore.

In his letter he accused the two of collecting nearly Rs.80 crore by taking bribes of Rs.13 lakh to Rs.15 lakh per candidate, for the recruitment of temporary teacher fellows of the constituent colleges and Anna University.

India: Why is Everyone Excited Over This Rs. 2999 SmartwatchFitWise SmartWatch

A person named C Varadarajan and Selladurai of ‘Save Anna University’ had accused Prof. Surappa of irregularities.

Varadharajan alleged that the examination office had indulged in various malpractices like issuing promotion orders to the post of office assistants based on forged certificates after accepting bribes.

Another person R Adhikesavan alleged that the Vice-Chancellor had appointed his daughter at the University.

In another complaint, it was alleged that Selladurai was appointed Director, without the approval from the syndicate.

One complainant alleged that Surappa had mailed wrong information to the All India Council for Technical Education that the final year students were issued pass marks without examinations.

Many complaints of financial irregularities were also received.

What VC Surappa has to say

On the other hand, Surappa has denied the allegations, saying he had maintained the highest level of probity in his entire career.

The Vice-Chancellor expressed that he was open to any inquiry.

The relationship between the State and the Anna University Vice Chancellor has remained estranged for sometime now.

The retired judge would inquire into the temporary appointments and other recruitments made in the academic as well as administrative sides during the tenure of Prof. Surappa.

He would also inquire into the amounts received by the University in fees, assistance, donations and grants.

The inquiry officer would also look into whether there was any lapse or abuse of official position on the part of any of the persons connected with the University during the tenure of Prof. Surappa.