The farmers have restarted their agitations against the project, running through fertile lands in more than 150 villages of Kanchipuram, Tiruvannamalai, Dharmapuri, Krishnagiri and Salem districts.
Neelambaran A 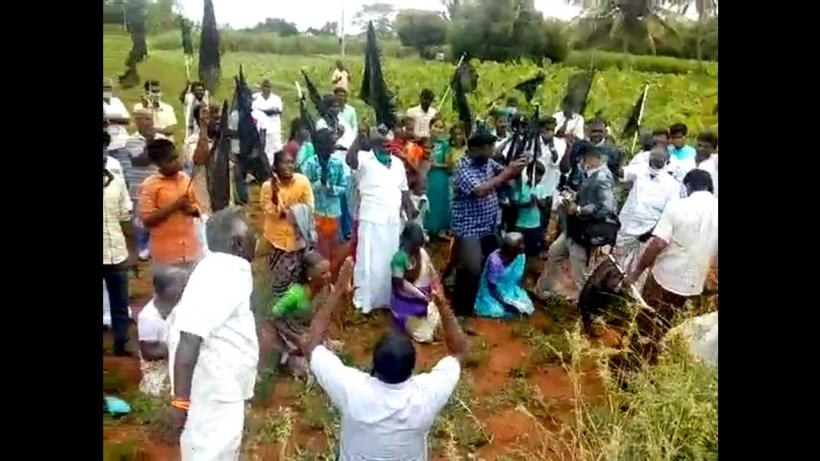 Screengrab of the farmers’ protest.

The National Highway Authority of India (NHAI) is leaving no stone unturned in getting the nod for the ambitious and controversial Chennai-Salem Green Corridor Project in Tamil Nadu. The apex court on August 10, posted the hearing on the appeal of NHAI to August 19. The NHAI, on June 4, demanded an urgent hearing on its appeal filed in April 2019 against the scrapping of the project by the Madras High Court on April 8, 2019.

The farmers have restarted their agitations against the project, running through fertile lands in more than 150 villages of Kanchipuram, Tiruvannamalai, Dharmapuri, Krishnagiri and Salem districts.

With the draft Environmental Impact Assessment (EIA), 2020 exempting public hearing and environmental clearance for projects of national importance, the apprehensions of farmers have increased manifold.

‘WILL OPPOSE TOOTH AND NAIL’

The farmers have been apprehensive of the proposed 277 km road at a cost of around Rs 10,000 crores, as it was supposed to run through the fertile lands, reserve forests, and water bodies across five districts. The farmers and the residents of various villages have resumed their protests after the NHAI went ahead with the urgent hearing with the Supreme Court even during the pandemic.

“The Madras High Court had scrapped the project citing the adverse environmental impact and apprehensions of the farmers. Along with other farmers’ organisations, we will ensure the project, which will destroy the fertile lands, is scrapped to save the environment and the interest of the farmers,” said P Shanmugam, general secretary of the Tamil Nadu state committee of the All India Kisan Sabha (AIKS).

The apex court had refused to stay the Madras High Court order on scrapping the project during the initial hearing in 2019 itself. The high court also ordered the NHAI to hand over the acquired lands to the farmers.

The two cities are well connected by three highways, while the government claims the proposed project would reduce the travel time. The green corridor requires the acquisition of 2,000 hectares of land, a majority from Tiruvannamalai and Kanchipuram regions, known for their fertility.

Ramamoorthy, Salem district secretary of the AIKS, said, “The Union and state governments should drop the proposal and concentrate onwidening the existing roads between the cities. The supposed reduction in travel time won’t be of any help to the small and medium farmers or even to most of the citizens living in different hamlets adjoining the corridor. The governments may compensate the farmers for the lands acquired, but the corridor will lead to severe environmental damage.”

The Madras High Court, in its verdict, came down severely on the pre-feasibility report of the project and termed it a copied and pasteddocument. The court also observed that the route was proposed based on google maps, which was also admitted by the project consultant.

The NHAI has argued in the apex court in August 2019, that the project is of national importance. The counsel has also argued that the environmental clearance was not mandatory before land acquisition. As EIA has roused much uproar from across sections of the society, the future of sustainable development is at stake.

“The government can categorise any project as the project of national importance and deny public hearing or take exemption environmental clearance. As we know, the beneficiaries of this would be corporates. If such a draft becomes a law, it could be a deadly blow to the stakeholders. The voices will go unheard and the environment will face severe destruction,” added Shanmugam.

The initial change of route from Chennai and Madurai to Chennai and Salem also was pointed out during the hearing in the high court.

Incidentally, August 11 is the last date to send the objections or suggestions on the proposed notification of the draft EIA. The mails sent to the Ministry of Environment, Forest and Climate Change have been bouncing, said many users on social media platforms. 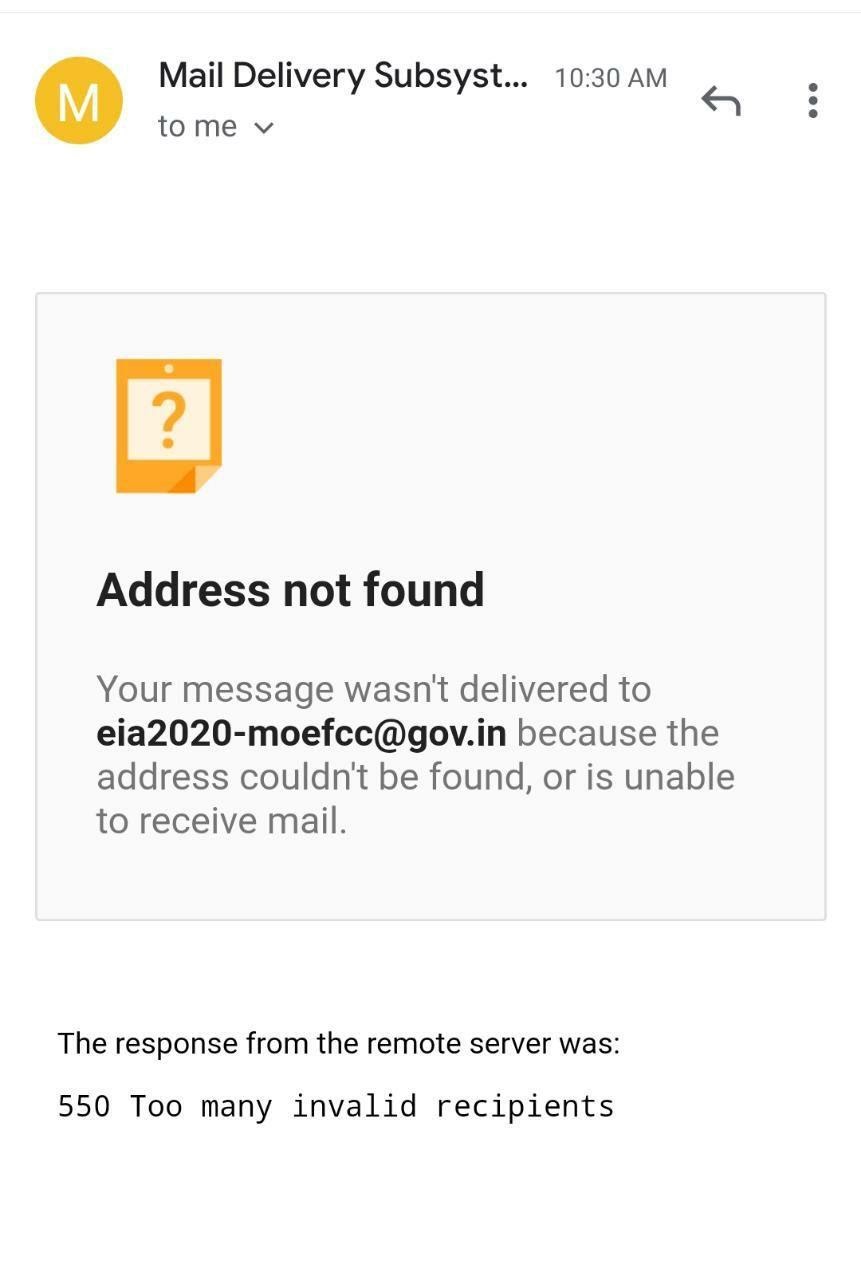 After the news of the NHAI seeking urgent hearing on its appeal, the farmers in the districts have restarted their protests. Farmers of Tiruvannamalai and Kanchipuram held black flag protests condemning the NHAI’s move. The Opposition parties have flayed the proposal and the change in the position of the state government.

The All India Anna Dravida Munnetra Kazhagam (AIADMK) had opposed the project in the run-up to the 2019 general elections, while the chief minister has now stated that the project is vital for the state. The Bharatiya Janata Party has always favouredimplementation of the project. The alliance partner of these parties, the Pattali Makkal Katchi was one among the petitioners in the high court, demanding the project to be scrapped.