A Fitting Farewellū from Prakash & Co to Justice Vineet Kothari 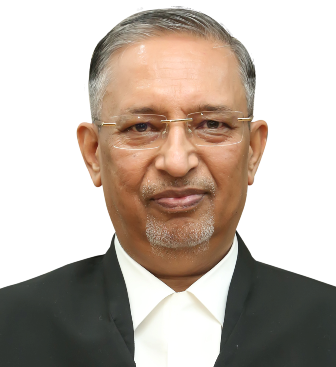 Mr. P. Prakash. A seaman on M V Antigoon ü. He met with a tragic accident, in the course of his employment, at Karwar Port. He was rendered hors de combat, with 45% physical and 100% functional disability. As providence would have it, he had the benefit of a host of good samaritans, led by a good and conscientious Judge. Prakash and his family could not have asked for more, in their hour of deep distress. Mind you, we are and were living in Pandemic times.

It is that Mr. P. Prakash who has now sent his best wishes and prayers to Justice Vineet Kothari, on the occasion of his departure from Madras High Court to Gujarat High Court. The learned Judge could not have got a better or fitting farewell, from this unknown victim and litigant, on 2nd Jan,2021, when the Bar and Bench bid farewell to him.

Lord Denning said, “He is a true judge that an unknown soldiers tomb and an unknown litigants heart and mind, pay gratitude for his good deeds from the pulpit”. Well, Justice Vineet Kothari has earned plaudits from not one P Prakash, the disabled seaman, but many a wounded, maimed and impacted victim and their families, for his ever smiling visage and willingness to provide them the platform under the auspices of Tamil Nadu Legal Services Authority, as its patron saint.

He was saintly in his responses, as I, for one, knew and experienced it often, to vouch for it, as I troubled him often and never once he played difficult to get. He always obliged, to his lasting credit and it is a pity that Tamil Nadu has lost out on his continued services. For he had at least a year’s service left, which Gujarat gets to benefit.

Ram, Laxman, Abdul, Vincent and a host of others join Prakash in wishing the Justice, the very best in life. It is easy for a constitutional judge to play tough, as it is not given to many to become one. But, it is tough to get easy to those who approach him. He was ever accessible and never once played truant even on the digital platform. At all odd hours, I messaged him and within minutes, would have his obliging response.

Imagine the plight of P Prakash and his family, when in Pandemic times,the employer and insurer offered a compromise, but it needed the blessings of a Lok Adalat order to be final and binding. Enter Justice Vineet Kothari upon a simple Whatsapp message, from me as my services were roped in, by a couple of advocate friends – M/s. S. Vasudevan and K. Krishnaswamy.

The learned Judge took it upon himself the task of ensuring a compromise and thanks to his proactive interest, on 4th Dec,2020- P. Prakash got Rs.37,75,00,000/-in full and final settlement, as a final and binding compromise got recorded. It was not easy, considering the viral times and logistics nightmare the stakeholders were placed in , considering different locations they were placed in. And the known ways of the authority.

The High Court Videoconferencing Rules,2020, having banned a Lok Adalat compromise online, it had to be physical. And Justice Vineet Kothari’s intervention became the critical factor. But for this timely help, Prakash may have been longing still for justice. And P Prakash was not the sole or solitary beneficiary of his benevolence. And that for me would be his lasting legacy for the state’s Judiciary and its citizens.

Now that he is leaving, I can reveal with confidence and conviction, that I got his help on almost a regular basis, on such occasions. A whole host of families may be quietly praying for the Judges willing ways. Many may have the power and jurisdiction to do good. But, it is not given to everyone to deliver on it, like Justice Vineet Kothari did.

Yes, a farewell is time to recall the erudition and landmark pronoun…

(Author is a practicing Advocate in Madras High Court)

The correctness, views and opinions expressed in the articles in this Blog/Fourm are of the Author(s) of the Article(s). CTC Publications Pvt. Ltd., including any of its Au