Two judges of the Madras High Court on Saturday visited the scene of crime of the sexual assault-cum-murder of a minor girl in a village near Pannimadai in Coimbatore district on March 25, 2019, as part of conducting the ‘Referred Trial’ of the person who was awarded death sentence by the trial court in the case.

The scene of crime was matched with the findings of the police against the accused in the case, Santhosh Kumar of Thondamuthur, who was awarded capital punishment by the Special Court for the POCSO Act cases in Coimbatore on December 27, 2019.

The case pertains to the sexual assault and murder of a seven-year-old girl who went missing from the neighbourhood on March 25 evening. Her body was found in an alley close to her house the next morning. Kumar, who had been staying at her grandmother’s house in the neighbourhood of the girl, was arrested by the All Women Police Station, Thudiyalur, as the sole accused in the case.

The source added that the judges’ visit of the scene of crime on Saturday was part of the Referred Trial — a procedure wherein a division bench of the High Court hears a case where the death penalty has been awarded by the trial court. 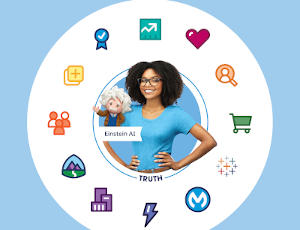 Salesforce customers report 37% more sales revenue, 45% higher customer satisfaction, 43% better marketing ROI*. Know more about what a CRM is and how Salesforce can help you.
Sponsored By Salesforce

As per Section 366(1) of the Criminal Procedure Code, when the Court of Session passes a sentence of death, the proceedings shall be submitted to the High Court and the sentence shall not be executed unless it is confirmed by the High Court.

Under the procedure, the trial court’s verdict against the convict would automatically be taken up by the High Court Registry as a Referred Trial and listed before a Division Bench for hearing even if the convict does not prefer an appeal. If the convict prefers an appeal, the appeal and the Referred Trial would be clubbed and heard together.

Forest Dept.’s wireless sets to be used in hilly areas

‘Include freeing temples from govt. control in manifestos’

Farmers’ party to back AIADMK

Forest Dept.’s wireless sets to be used in hilly areas

‘Include freeing temples from govt. control in manifestos’

Farmers’ party to back AIADMK

Next Story One more arrested in registration dept. scam

No Upper Age Limit for Health Insurance. Get Up To Rs. 5 Lakhs Health Cover.Care Health INS|

Third front idea may work in favour of BJP in TN: ChidambaramThe Hindu

No Upper Age Limit for Health Insurance. Get Up To Rs. 5 Lakhs Health Cover.Care Health INS|